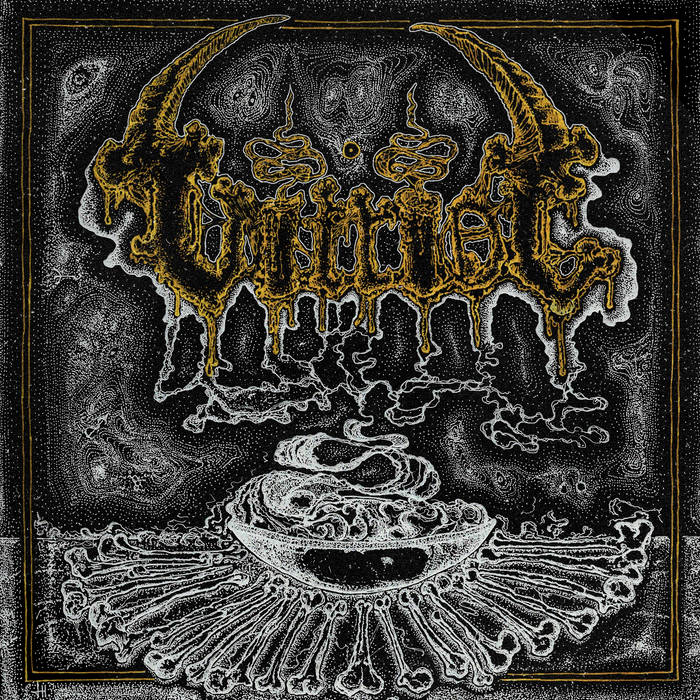 Hellthrasher Productions proudly presents the debut demo of Germany's VITRIOL - a rumbling lo-fi black/death/doom two-piece from Nürnberg. Originally self-released in July 2016 via hand-assembled tapes (both first and second press sold out), the demo features 25 minutes of cryptic metal carnage with lyrical themes centered around mysteries, the unknown and the outer regions of the human cosmos. Music-wise Vitriol is settled somewhere between Swallowed, Beherit, Teitanblood, Incantation and Katharsis. Enter the realm of a wretched beast..

"It’s one of the most stunning and stupefying death metal releases I’ve heard in this new year, and I probably won’t hear its equal by year-end (..) Vitriol aren’t the only band in the black/death underground who choose to express themselves through such disturbing and chaotic torrents of sonic abuse. But as you move deeper into the demo, it becomes apparent that Vitriol have far greater ambitions (and talents)." -No Clean Singing

"Remember back when Swallowed emerged from their Autopsian pupa on their 2010 self-titled 7” showing a new face of distorted ugliness, a new abstract and gross form? Well it sounds like these guys have taken a page from that same inverted bible and run with the theme: think primal riffing, brutish drums, disembodied spectral vocals and layers of textured effects abuse." -Metal Ireland