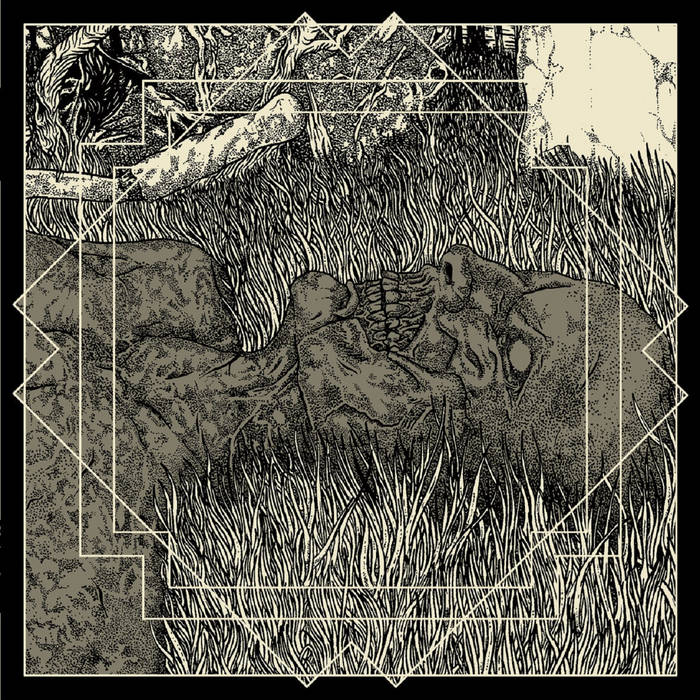 flightoficarus (Metal Trenches) With just one song from each band, it is still one of the most crushing things you will hear this month. Both both songs feature a brand of technical death metal that seems to reach slimy tentacles across time and space. This is interdimensional death metal, and it's not calling to anything friendly. Reverb-ridden growls, contorted riffs, and occasional dips into funeral-influenced jazz. Think Malthusian: a penchant for variety in the dark arts and malevolent vocals. -metaltrenches.com Favorite track: Auroch - Leaden Words Sown.

Four years in the making, IN CRONIAN HOUR is the long-awaited collaborative split 7 inch between Canadian occult lunatics Mitochondrion and hyperblasting sorcerers Auroch. Here stands 11 minutes of ritual death metal united in voice, word, and deed in all aspects! Each song carries the same essence diverged: literally, a single sheet of lyrics interpreted by each band and shaped into two unique pieces. What awaits is a whirlwind of insanity spiraling into a humming void of bliss. This meticulous path can be traced throughout the work, with members of the greater inner Covenant contributing to both tracks. A complete coagulation of forces.

Dark Descent Records and Hellthrasher Productions will be responsible for unleashing this death metal talisman unto the masses, in 2 unique coloured vinyl formats. All visual manifestation impeccably crafted by Cold Poison. Once again mastering duties performed by Colin Marston at Thousand Caves studio. May this work stand as a gilded Sickle in the heart man!