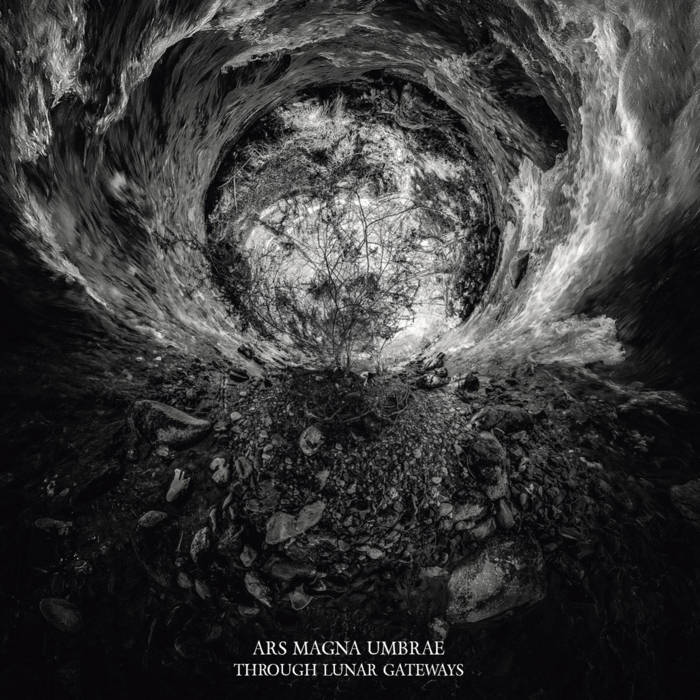 Debut EP from Polish black metal project Ars Magna Umbrae. A true manifestation of the Chthonic forces of Death and a sonic portal to the Nightside.

"The music relies heavily on dissonant and disorienting melodies with a spectral cast, creating chilling atmospheres of terror and torment. Nightmarish visions swirl about the music both when the band is in the throes of a bestial blood frenzy and when it simply feels like the music is sailing into a haunted void or on the brink of a mental breakdown. The variation in the vocals between deranged panther-like shrieks and unsettling wails (as well as operatic female vocals) is another strength in a staggeringly strong debut." - NO CLEAN SINGING

All music composed and produced by D.A Khthōn. Guest chants by Hekte Zaren of Adaestuo (W.T.C. Productions). Artwork by Nöt.