The Pits of Tentacled Screams 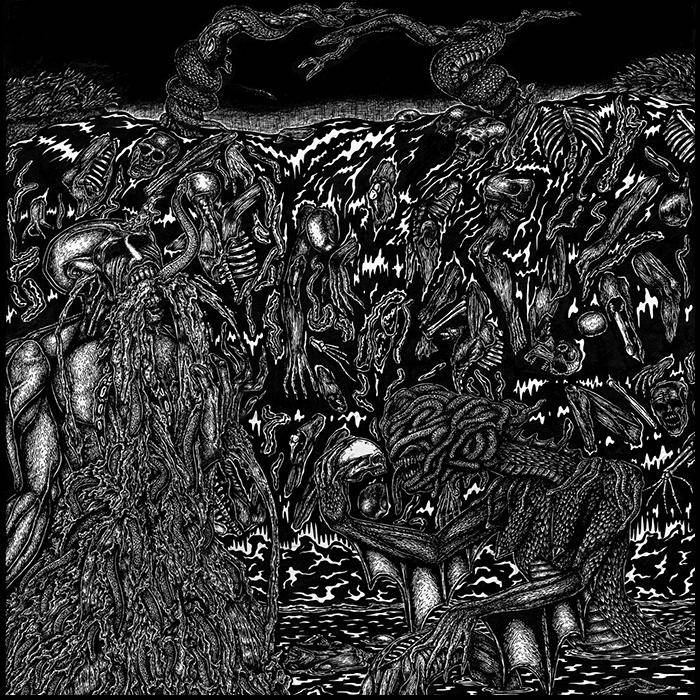 Ritual Chamber is the most recent project of the prolific Dario J. Derna (aka Numinas) who is most well known for his work with Krohm and Infester among the many other entries on his résumé (Vetus Obscurum, Drawn and Quartered, Evoken, and Funebrarum among others). This demo, entitled “The Pits of Tentacled Screams,” is the first Ritual Chamber release and features Derna on all instruments. Ominous and oppressive, this demo reeks of the glorious stench of cadaverine. Amid the glut of Death Metal releases over the past decade, Ritual Chamber stands out in its ability to conjure a melancholic aura while retaining the intensity and focused precision of classic Death Metal. This is due, no doubt, to the nearly 25 years that Derna has dedicated to honing his skills in playing some of the most evocative Death and Black Metal produced in the United States. The quality of this demo suggests that, as this project continues to mature, Ritual Chamber may be the most effective of Derna’s many endeavors.

Originally self-released digitally in November 2013 (and re-released on tape in 2014 via NWN!), the album is now available in a limited jewel-case CD edition.