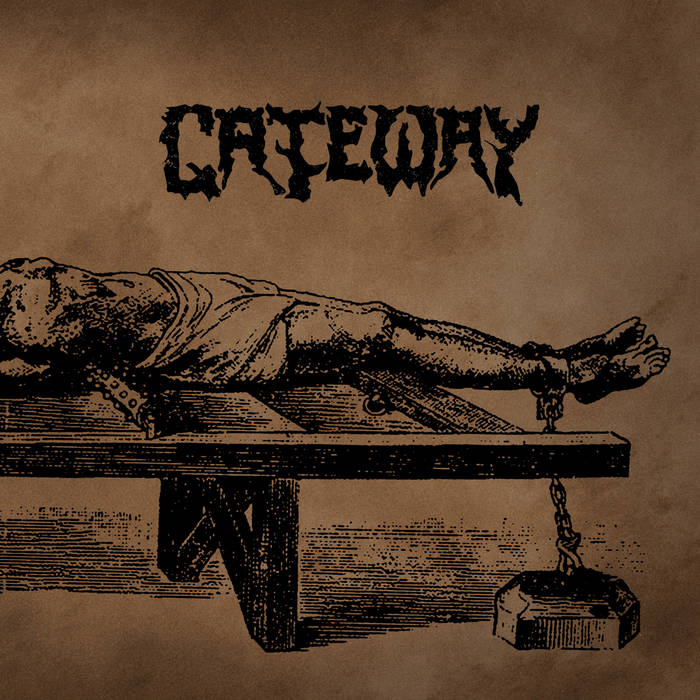 “As dark and suffocating as strapping an oxygen mask to your truck’s muffler. Play at loud volume and watch worms come out of the ground with the sheer reverb produced.” -CVLT NATION

"If you loved Winter's 'Into Darkness', you will undoubtedly love Gateway. With downtuned guitars, low to mid-tempo drums and deep, guttural growls, this Belgian one-man act has created something unbelievable. Influenced by the likes of Evoken, Coffins, Mortician and Ahab, this act surpasses most modern day sludge and doom bands and directly inserts himself into the thick, muddy underground of the collective metal memory." -MERCHANTS OF AIR

"Gateway is a beast of an album, revealing more to the listener with each subsequent listen. No, not listen: session. Because the 40 minutes you spend with this album will twist your mind like some torturous medieval machination leaving you rent but better for it." -DRUNK IN A GRAVEYARD

"‘Gateway’ is the sound of the Earth’s crust cracking under the weight of humanity’s filth and decaying away, letting us all fall into the void. Winter would be proud that there are bands like Gateway to carry on their tectonic legacy." -THE KILLCHAIN BLOG

All music conceived and composed by Robin Van Oyen.