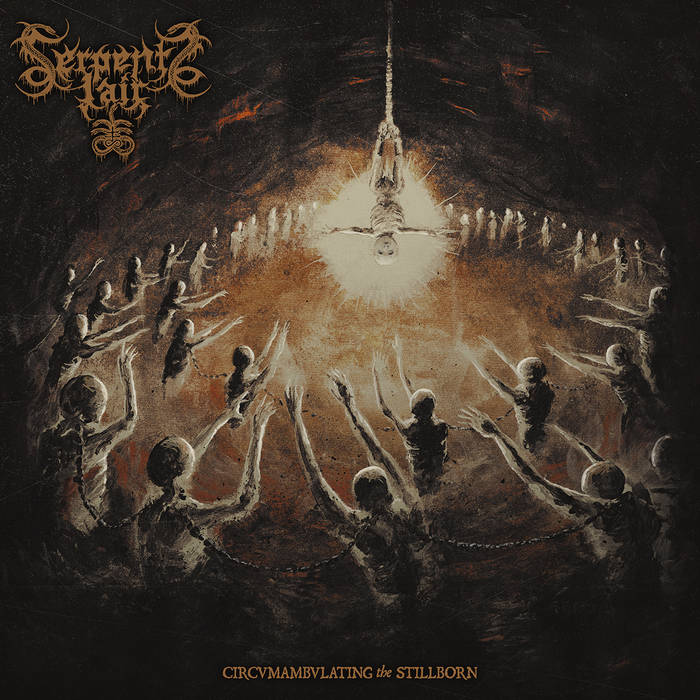 We are proud to announce our new signing and first release for 2016 - Serpents Lair's debut full-length 'Circumambulating the Stillborn'.

Formed in Denmark, Serpents Lair are one of the most talented and devastating black metal acts to come out of Scandinavia in a good while, crafting a very distinctive brand of dissonant, kaleidoscopic black metal, both complex and abrasive in its execution. After the 2014 demo took the underground by storm last year, the band returns with a full-fledged offering, made up of seven tracks sharing the aesthetic of Deathspell Omega, Svartidaudi and Carpe Noctem, yet unique in their own way.