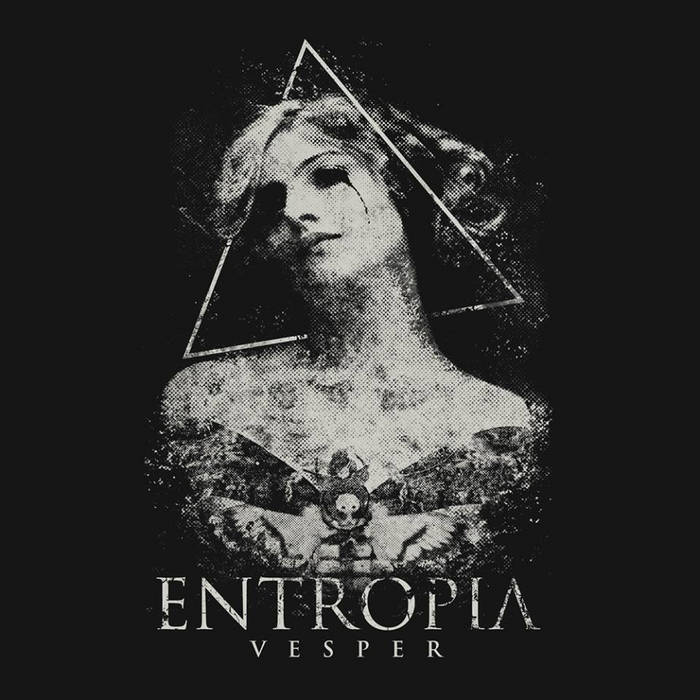 'Vesper' is the name of the first longplay of the Polish band Entropia, hailing from Oleśnica, Poland. The album itself is composed of six tracks, almost fifty minutes in lenght, being a result of almost a six-year process of the band's development. With Vesper Entropia is detaching itself from its post-metal origins to explore the depths of black metal blasts accompanied with post-rock sensitivity and etherealness of shoegaze, creating a genuine, refreshing soundscape not unlike that of Altar of Plagues, Krallice, Agalloch and Wolves in the Throne Room. Jakub Mańkowski, a Fryderyk prize nominee and producer of Behemoth, Blindead and Obscure Sphinx was the sound engineer responsible for the Vesper's sound. The visuals were created by Marcin Gadomski from Upgrade Design Studio.

Originally self-released by the band on CD in February 2013, the album is now available on black vinyl in an edition of 300 copies, coming in a gatefold sleeve with a two-sided lyric insert. All songs were carefully re-mastered by Kiuba Mańkowski to reach their full potential and sonic perfection. Let's drown in this ocean of obscure beauty!

"This record takes you on one of those hour-long journeys through the rippling darkness of self and space that never gets mired in repetition."
-Decibel Magazine

„Entropia combines black metal with sludge and post-rock elements into a completely original album full of atmosphere. Sometimes aggressive and threatening, sometimes melancholic and subdued or dreamy, but always with a sense of purpose and urgency.”
-Lords of Metal

„Vesper is an entirely engaging and unmissable effort that will serve as one of the crowning jewels of its genre's output this year.”
-Sputnik Music