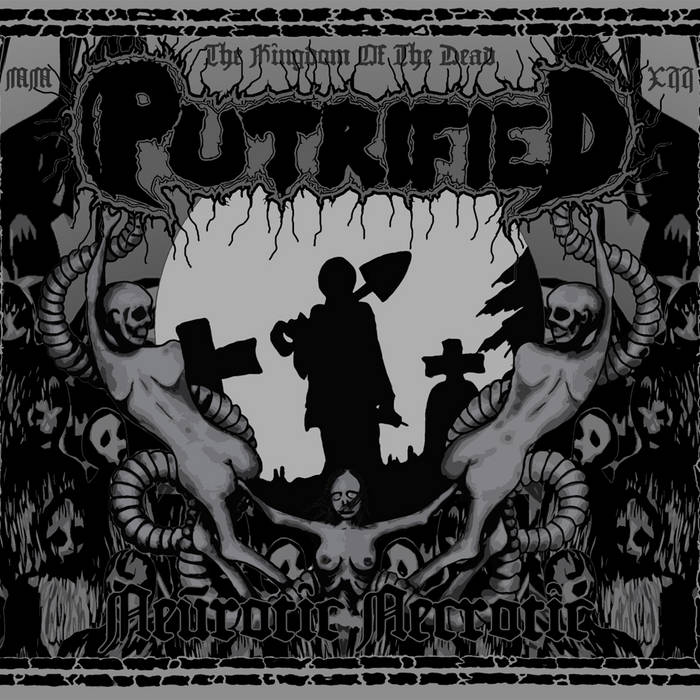 The album is something as pretentious as a concep talbum in the sense that the lyrics tells a story rather than just the regular gore stuff that the lyrics dealt with on the first album "Spawn Of The Dead". No worries though, it ain't a rockopera, the music is Putrified's form of Necrotic Metal Of Death & Decay as always. Anyway, the story tells of a man who starts to hear voices he cannot see. They tell him things and he can't make them stop and starts to dig up graves from where the voices come. In an attempt to make the voices stop he injects the dead with various fluids that make them come alive. Hence the title "Neurotic Necrotic", then the dead starts to walk and try to make their way home to the land of the pharoes etc. The story is very loosely based on the HP Lovecraft stories Herbert West - Reanimator and Under The Pyramids. Even if the story is something that has been worked on it really is the music and songs that are the most important thing. I think these songs are much stronger as an album than "Spawn Of The Dead", the songs form a strong entity. Putrified's sound has expanded and new things are incorporated, this material is more focused on groove and catchy riffs than the first one.